HISTORY OF THE APCS 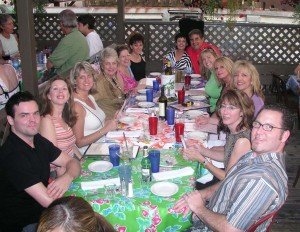 The Antique Purse Collectors Society was launched in December, 2003, by Melissa Overdorf from her home in Seattle. Melissa started the group because she wanted to meet others who shared her passion. The cost to join was $12, and in its first month there were 29 members.

For the first few months, the APCS was centered on the groups website which included sections for a member museum, display ideas, member profiles, book reviews, care and cleaning tips, discussion board and founder's section.

But after a few months, talk began about meeting in person. So in 2004, the APCS held its first Annual Gathering. The meeting was held near Melissa's home, in Seattle, WA. There were 13 attendees, plus our webmaster and Melissa's husband.

Over the years the APCS has grown at a slow and steady pace and membership now totals more than 400, from 16 different countries around the world. Over time, the website was expanded to include annual gatherings, classifieds, a chatroom, favorite links, APCS Board, repair resources, a mailing list, and upcoming shows. 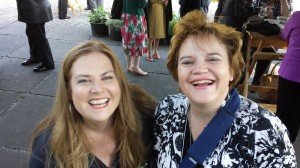 The Annual Gatherings have been held in cities around the world including Los Angeles, Washington DC, Minneapolis, San Francisco, Cincinnati, Manhattan and Las Vegas. In 2014, the APCS held its first international gathering in Amsterdam, hosted by the Tassenmuseum Hendrijke, and its Director Sigrid Ivo.

In addition to countless special new friendships, the APCS has been featured on TV, in film, and numerous print articles.

As membership has grown, many gracious people have stepped forward to help the APCS run and prosper. Numerous people have  helped with the Annual Gatherings. Computer gurus have assisted with technical portions. Scholars have contributed their expertise, and everyone has assisted in creating a great organization. The society has evolved into an organization not just for its members, but of its members.